Lucie Shearer is an artist & illustrator working out of her home studio in Columbus, Ohio.

Her surreal, fantasy works discuss themes such as love, intuition, emotional exploration and human connection. Each piece tells a metaphorical story through the use of body language, composition, light, and symbolism.  Some common imagery includes feminine figures, hands, the moon and stars, moths and other winged creatures, water, and unusual glowing objects. Figures will often have misplaced pieces like a game of jenga. She wants her work to create an experience of connection and understanding.

In 2016 Lucie received the Best Emerging Artist Award from the Columbus Arts Festival. In 2019 & 2020 Lucie recieved the “Best in Show” and “Top Notch Babe” awards from the 2019 Prints and Pints Show and Women Make Columbus Bandana Print Show.

She has spoken on numerous panels about art business and has taught as an adjunct at CCAD in the past. Currently she shares videos of her process on Patreon as a way to provide an educational resource and way to connect with other creatives. ​

Lucie is a lead volunteer with 934 Gallery and a member of ROYGBIV Gallery.

If you are interested in working on a project with Lucie, leave a note via the form below. 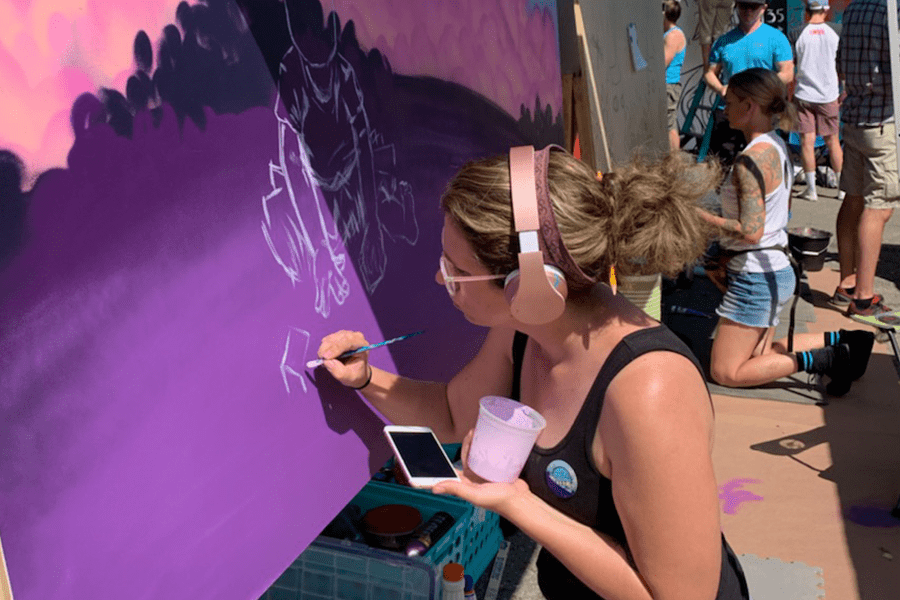 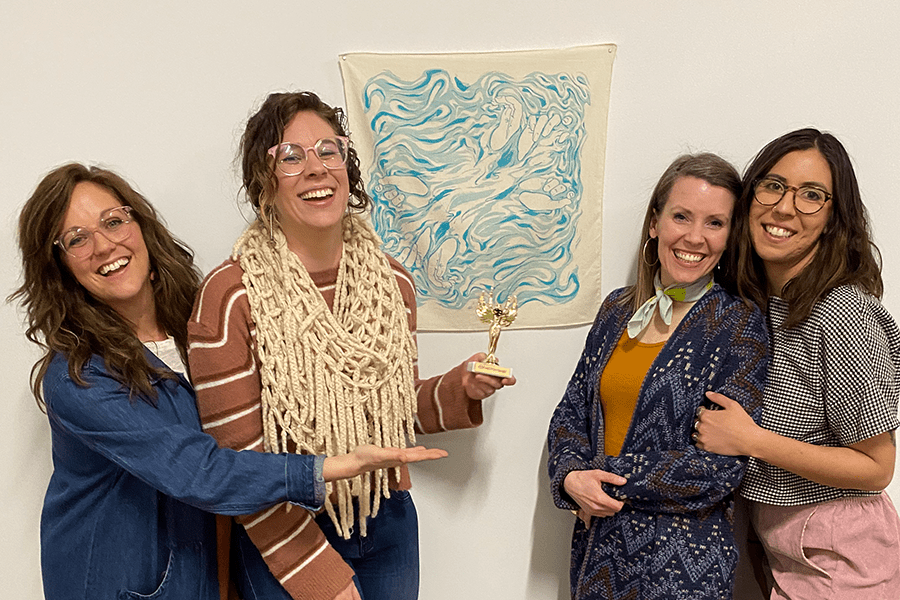